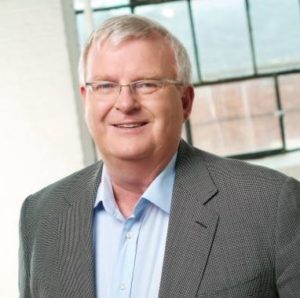 Gerard Buckley is a consummate professional with a long history of Integrity and Trust with his clients. Because of his service to customers Gerard has a history of receiving accolades and awards as a result of this service and building this mortgage team.

Besides being a Fellow of The Institute of Canadian Bankers he is also a Certified Corporate Director and Certified Management Consultant where his integrity and trust with clients are held in the highest order. In addition, Gerard is a recipient if The Institute of Canadian Banker’s Gold Medal for Academic Excellence and a Member of Scotiabank’s Chairman’s Club Award granted to its top Managers Globally.

Gerard has a passion for real estate, investment and entrepreneurialism and he takes pride in providing financial education to his clients. He is a frequent speaker on subjects related to Governance, Angel Investment, Growth Alternative Financing, Entrepreneurialism, and Corporate Social Responsibility and is a frequent published author in Private Capital Markets, itbusiness.ca, Entrevestor and other publications.

When obtaining your mortgage, you will be faced with issues such as dealing with lawyers, creditor insurance, title insurance, deciding the term of your mortgage, and most importantly, the hidden costs of a low rate mortgage. To navigate this process, you need an experienced advisor that stands with you in your corner for the entire transaction.

We offer you more Mortgage and
Borrowing Choices

Gerard understands that each financed mortgage may need specific terms and conditions to meet the home purchaser and their family’s individual requirements. He realizes the challenges of obtaining credit for new Canadians, self-employed, millennials, newly retired, recently divorced, and other people in need. By volunteering as a mentor to new Canadians seeking employment, Gerard has gained a deeper understanding with families trying to establish their roots in our communities. Gerard has been a Condominium Board Member and President for over nine years in addition to being an independent director for a real estate resort association, thereby giving him a unique insight into Home Purchases, Real Estate, Condominium Living and Real Estate Investment.

Realizing people's financial dreams with over 30 years of Bank Experience

Gerard and his wife, Mary have been long time residents of Georgian Bay. He and his family believe in supporting the community where they live and do business.

The Buckley MacDonald Youth Fund has been a longtime supporter of numerous community programs across Canada. These include The Army Cadet League of Canada with cadet corps in Creemore, Sudbury, Timmins and Windsor; "Theatre Collingwood and its Youth Drama Camp's" The Blue Mountain Village Foundation, Collingwood General and Marine Hospital, Saugeen Memorial Hospital Foundation, and many more. As a result of establishing this Mortgage Broker and Lending Business in South Georgian Bay, Jaguar Capital and Buckley Mortgage Broker - Mortgage Wellness has committed itself to donating 10% of all sales back into our community.

In 2017, we had the privilege of supporting Theatre Collingwood’s March Break and Summer Drama Camps as well as their show Dean and Jerry and the Collingwood Chamber of Commerce Annual Business Awards. For his proud service of giving back to today’s youth in Canada, Gerard has earned the Queen’s Golden Jubilee Medal.

Gerard understands service to his country, having spent years in the Canadian Military as a Reservist and Cadet Instructor. He has spent the last 15 years as a Director of the Board of the Army Cadet League of Canada where he contributed to Youth Leaders of Tomorrow. Gerard has also devoted much of his time volunteering for and fundraising for community organizations such as Ride for the Cure, Ride for the Sight, Ride for the Heart, Prostate Cancer, Community Hospitals and supporting the Men and Women of the Canadian Armed Forces.

Our Process Is Simple.
Ready to Apply?