Private Capital Markets and Its Importance for the Canadian Economy

Private Capital Markets and Its Importance for the Canadian Economy 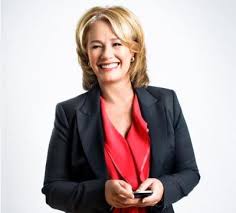 When noted Dragon’s Den star Arlene Dickenson reported in March, 2017 in Globe Investor that 80% of her personal portfolio is in private investments it is clear that she places a lot of importance on private markets as a driver of the Canadian economy. Arlene is quoted as saying “I’m Bullish on our market, our country and the sector” Canadian companies such as Balzac’s Coffee Roasters, OMG’s Candy and Greenlid have benefited from her bullish view of private company investment.

Private Capital Markets have a positive impact on the Canadian economy. Recently, Exempt Market Dealers (EMDs) had a facelift with the new offering memorandum exemption, which will allow small and medium-sized businesses to access a greater pool of private capital. This is great news for our economy, especially for employment, productivity, and overall economic health.
Tiger 21, the premier peer-to-peer learning group for high-net-worth wealth creators with chapters in Toronto, Montreal, Vancouver, Calgary and across Canada reported in January 2017 that their members hold 21% of their portfolio in private equity investments second only to real-estate which is at 30% while public equity investments is equal at 21%.

A few months ago, reading Capital Markets and Job Creation in the 21st Century by Jerry Davis, where the author argued that “the bust-up takeovers of the 1980s [have] signaled a shift in power toward shareholders at the expense of labour.” He used what is called the “Trump argument” nowadays, which was noted in the Financial Post as ‘a fragile bubble’ article, outlining that Facebook bought Whatsapp in 2014 for US$22 billion (19 x multiple of sales), with 55 employees, while Rogers Communications, CAD $25 billion valuation, with a similar multiple, with over 25,000 employees. The ‘Trump’ argument: shareholder capitalism is incompatible with creating jobs, and easing access to capital markets isn’t going to solve anything unless we encourage a fundamental change in the purpose of the corporation.
This argument does not hold for private capital markets, however. In 2015, the Canadian private sector employed over 11.6 million people. The majority, 70.5 percent of private sector employment, was employed by small businesses, while medium-sized businesses employed 19.8 percent. Statistics Canada reports that 52% of these businesses requested external financing, and about 83% were approved. Easing access to capital markets is of special importance to private Canadian markets because it allows SMEs to raise money for community ventures, finance the development of an existing business, and hire good resources. 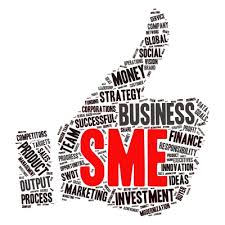 The Canadian government agrees that the future economic growth of this country lies in small and medium sized businesses and the private capital markets that invest in them. In early March this year the federal government and Canada’s big banks announced a $500 million fund aimed at helping SMEs access capital. This fund, which will be financed by the private sector and aims to fill the gap between angel investors and the public markets with planned growth to $1 billion over 10 years.

Gerard Buckley – Licensed Mortgage Agent with over 40 years of banking and finance experience @jaguarmortgages and jaguarmortgages.ca would be pleased to assist you to consider your alternatives.