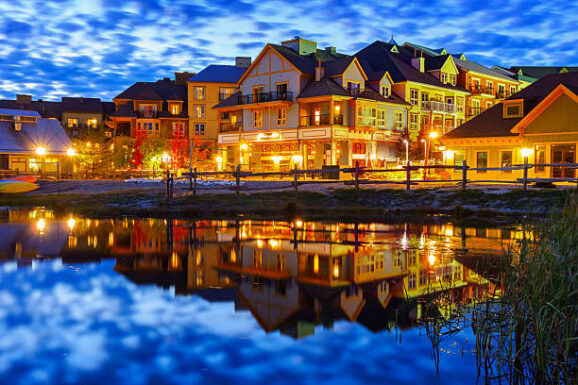 When you review the Canadian Economy and how it is effected by Private Capital Markets your thought process is influenced by a number of conditions.

To analyze whether Small and Medium Business in Canada are becoming more productive, it is important to take a look at the Asset Turnover Ratio, a measure of how companies utilize their assets. SME Research and Statistic report has shown that business productivity has increased since the end of the recession, based on the ratio. The most productive size group turned out to be the medium-sized businesses (100-500 employees), which have been historically more productive. When comparing this data to OSC’s capital raising data, medium-sized business on average request more and have a higher chance of receiving financing. The main suppliers of this capital, approximately two-thirds of the capital raised, are the exempt market dealers. OECD links higher productivity levels to larger size of the bigger SMEs, but with greater access to capital, small SMEs will be able to raise productivity levels, expand market share, and displace low-productivity firms.

According to BDC’s recent report, SMEs plan on spending their capital 57% towards the purchase of buildings and land and 19% towards machinery and equipment. The report further reveals that 75% of the SMEs surveyed will focus their capital towards improving their productivity by making operations more efficient and reduce input costs. Furthermore, by having greater access to capital, these companies can secure bigger volume discounts, employing more skillful negotiators, or perhaps even reducing the number of suppliers. By buying machinery with leaner production practices and automation, these SMEs will grow value added production on shore and move low value added production overseas. The most interesting statistic of BDC’s report is that 51% of firms report that the main obstacle to investment is the lack of financing. The new memorandum should help lower the gap.

A recent study released by BlackRock found that, as decent returns become harder to find elsewhere, increasing numbers of investors are starting to favour less liquid assets such as private company investments.

The stronger the flow of private capital market, the more likely it is to provide better operational, organizational, and financial levers that help stabilize the broader economy. Statistics Canada reports that Canadian exports totaled $420 billion in 2014, of which $106 billion was exported by SMEs. More than 37,000 Canadian SMEs were active exporters of goods to a broad array of international destinations. Of course, once again, size plays an important role in determining the propensity of firms to export, with medium-sized businesses contributing to exports twice as much as small-sized. This is due to high barriers to entry into a foreign market: the costs, regulatory compliance, marketing, research, and etc. Because companies lack the cash to invest into entering the foreign market, the SMEs are discouraged from taking the risks, especially because the costs can rarely be recovered. This is where private capital markets can help. As discussed previously, increased access to capital markets can lead to better productivity and capital allocation, which can, in turn, have a positive impact on the national GDP. Though the multiplier effect, the more money SMEs are able to spend on its operations, the greater the impact on GDP through spending on office space, equipment, research, and product suppliers.

Bruce Croxon another Canadian entrepreneurial icon added further fuel to this fire when he stated in a Financial Post article on Mar 27, 2017 “Canada deserves good marks for investing in tech companies at the startup stage, but we need more money in the ready-to-scale category. Often, those tech startups that make it out of the gate are snapped up by foreign investors; too few Canadian sources were supplying follow on Capital” he goes on to say” Canada is currently in a position to attract more foreign talent as U.S. anti-immigration sentiment takes hold. Canada should put the pedal down to re-establish our brand as the go-to country to build a tech business or work for one.”

On this note, we would like to add that our economy is a cycle of a series of decisions by the businesses and the regulators. With the new memorandum rules in effect, this is a chance for EMDs to increase business executives’ investment confidence and improve prospects. Economic conditions matter, as well as the ability to recruit good resources, but remember that access to financing is always important. Pairing an SME with a right financing solution can lead to greater returns and positive impact on the Canadian economy.

The importance of the Private Capital Markets supporting this economic growth is increasingly important. Gerard Buckley, Mortgage Agent, CEO of Jaguar Capital and Lead Director of Maple Leaf Angels Capital Corporation understands the growth of private capital and its contribution to Canada as Maple Leaf Angels is about to close it second angel backed fund. “it is private funds like this across our country that make a collective difference to how companies flourish and grow the Canadian economy” says Buckley in closing.

Gerard Buckley – Licensed Mortgage Agent with over 40 years of banking and finance experience @jaguarmortgages and jaguarmortgages.ca would be pleased to assist you to consider your alternatives.