Home > Gerard's Mortgage Insights > Will Interest Rates Go Up in 2018? 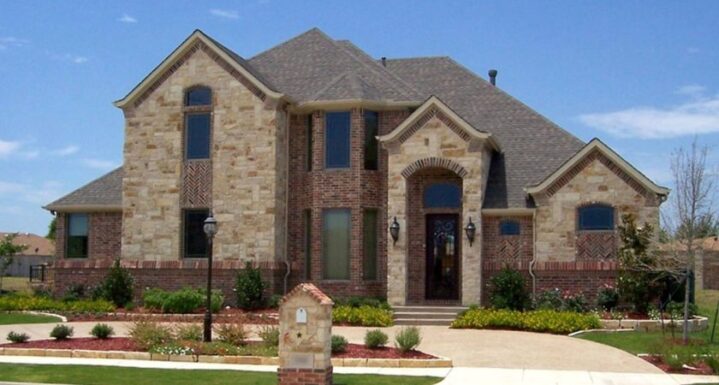 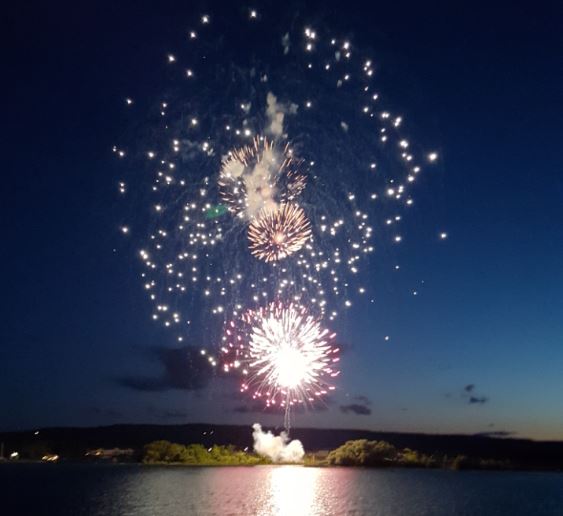 That is the ten-thousand-dollar question on everyone’s mind, will interest rates go up in 2018? And if so, by how much? And when?

On Friday past, I had a unique opportunity to attend The Economic Club of Canada’s Annual Economic Outlook for 2018 where Canada’s top Chief Economists laid out their view for 2018 and reviewed their prognosis from 2017 within some cases hinting at things to come in 2019.

My number one takeaway from this presentation is that 2017 was economically much better than expected, 2018 is starting off on a very strong footing and in 2019 we may have seen that 2018 is as good as it gets.

Notwithstanding the above takeaways there are pronounced economic and strategic risks for Canada as we embark on 2018 that include:

The great news is that if either of these scenarios plays out in a positive manner, economic forecasts will most likely surprise to the upside in 2018. 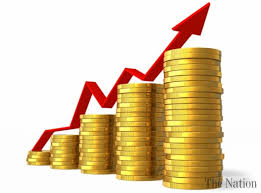 In 2017, we have seen strong economic growth globally. In Canada, we were forecasting growth rates closer to 1.9% and when the numbers are in it will be closer to 2.9% or even 3% GDP growth for Canada.  In 2017, Canada’s economy has been the envy of G-7 Nations. The growth rates in other developed countries is similar; however, Canada was clearly a leader in 2017. Globally and in North America there has been a clear increase in consumer confidence. Global recovery is still in play and although we in North America don’t have the Quantitative Easing that continues in Europe we are clearly benefiting from NA governments running fiscal deficits.

Job growth in this country is on fire. For the last two months, we have added close to 80,000 jobs in 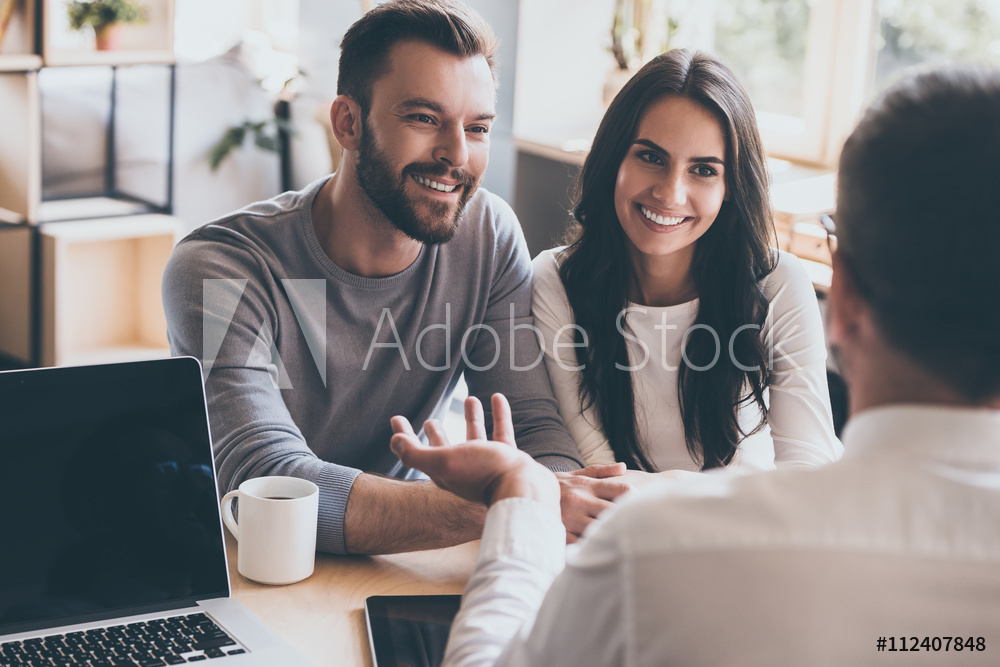 Canada in each of the last two months boosting the last twelve months of job creation to 423,000. As a result, Canada’s jobless rate sank to it’s lowest level in forty years. The bulk of the jobs created were full time and the unemployment rate sank from 5.9 to 5.7%. “While many continue to stress over robots stealing our jobs in the future, we are rapidly running out of workers in the here and now,” Mr. Porter said in his projections.

To answer the question, will interest rates go up in 2018, the consensus is yes both in Canada and The United States. The Bank of Canada is forecasted to increase rates 3 to 4 times bring the Bank of Canada Overnight Rate to 1.75 to 2% this time next year up from 1%. The Federal Reserve in the USA is anticipated to have 3 rate hikes in 2018 from the current 1.25% that was last hiked on June 14, 2017. Forecasts for Canadian growth in 2018 is 1.9% to 2.4%. Growth forecasts for south of the border are a little higher at 2.6%. Interesting enough that growth rates in China are still forecasted to be above 6.5%; therefore, expect global economic stability absent several of the risks sighted in this passage.

In 2017 the 16 point Ontario Plan clearly stalled the Toronto Market and the froth was taken out by the introduction of a Foreign Buyers Tax first in Vancouver and then in Toronto. Notwithstanding, Foreign ownership is less than 5% for all real estate with 3.4% in Toronto and 4.8% in Vancouver; however, it is higher for condos with 7.2% in Toronto and 7.9% in Vancouver.

Notwithstanding the above, Canadian builders broke ground on 252k (SAAR) housing units in November 13% higher than October and making a very robust level of activity. The 6-month moving average rose to 226k from 217k. Provincially, starts were up in 6 of 10 provinces, led by Ontario where starts increased by a whopping 38k to 98k units-making the highest pace of construction since January. 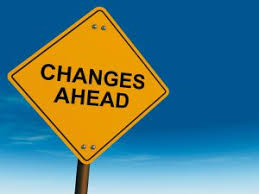 With the introduction of the stress test on January 1st the person most effected is the parents of young Canadians where they will have their adult kids living with them for 3 to 4 more years or will be increasing their down payment gift to their children by 20%. Anecdotally I am seeing the latter playing out in many households in Canada. Additionally, we are seeing demand for rental accommodation continue to grow resulting from eroding affordability, an aging population and high levels of in-migration.

Toronto Real Estate Board reported the condominium sector continued to boom in December, however, as short supply and strong demand led to bidding wars in key neighbours and prices rose more than 14% on an annual basis to an average of $503k. 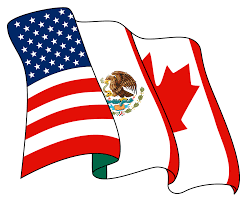 The signing of NAFTA and the political uncertainty of Trump are clearly risks for the Canadian Economy. If NAFTA was abandoned and we returned to WTA (World Trade Association) rules, then in the early years 1% could be shaved off Canadian GDP. “The loonie would depreciate by 3% to 5%.” Says Doug Porter, if NAFTA is dropped.  Notwithstanding this, the US Congress may not support a full withdrawal by the USA, especially in a 2018 election year. The next round of talks will be in three weeks.

The R word was mentioned with no sign of a Recession in the year ahead; however, in discussion of the asset bubble Craig Wright suggested there could be more inflation vs. deflation in the coming year. We are now approaching the ninth anniversary of the start of this investment cycle. Beata Caranci adds “We haven’t had a financial market correction in two years and that is anomalous”. She says there are currently no red flags – except that volatility is “incredibly” low and risk appetite in “incredibly” high in an environment where central banks are hiking rates.

Geo-political and strategic risks such as the Middle East, Korea and Political Investigative uncertainty south of the border are not baked into the forecasts and are wild cards for global economic growth. I am sure regulators are doing stress tests; however, the outcome is very uncertain with these events.

As we move into 2018 economic activity is quite strong. For financial markets, “this is probably as good as it gets.” Says Avery Shenfeld. “Central Bankers are raising interest rates,” he said. “the purpose of those rate hikes-even if they’re mild – is to start to stall economic growth, and we are going to see some of that in 2019.

Innovation in Canada and new company development in such areas as Artificial Intelligence, Machine Learning, Blockchain, Cyber Currencies and Cannabis are all having a positive effect on the Canadian Economy. I see through my angel investment activity, where I chair the board of an pre-seed innovation fund, that through many of these innovations Canada is benefiting from a tech migration from south of the border. You must look no further than Canadian Universities where many are reporting a 5 to 50% increase in foreign students over last year.

The general agreement was that the economy in 2018 could surprise to the upside if any of the suggested risks do not come to pass.

This is an annual event conducted by The Economic Club for the last 16 years. It is almost a start of the new year for Bay Street where for many Capital Market Professionals this is their first day back to work from the holidays.

This esteemed panel of Chief Economists shared their predictions for 2018 that featured: 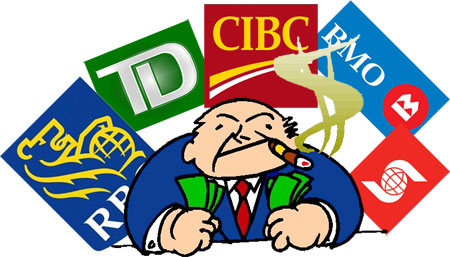 There are many alternatives and options to consider when looking at refinancing a home that are most suited for your family.

Gerard Buckley – Licensed Mortgage Agent and Certified Reverse Mortgage Specialist with many years of banking and financing experience @jaguarmortgages and jaguarmortgages.ca would be pleased to assist you and your family consider your alternatives.

Gerard Buckley – Licensed Mortgage Agent with many years of banking and financing experience @jaguarmortgages and jaguarmortgages.ca would be pleased to help you and your family consider your alternatives.